Magic Bullet, the Washington DC area's publication showcasing comics from some of the cartoonists in the region is approaching its twelfth bi-annual edition. In an earlier post, I displayed a slice of my cartoon from the most recent Magic Bullet No. 11.  Below is the complete picture.

This cartoon was based on Hugo Rheinhold's "Monkey with Skull (Affe mit Schädel 1892-93) or, "Monkey Contemplating a Skull" (Affe einen Schädel Betrachtend) — also known as, Darwin's Ape. It is often assumed Rheinhold was inspired by Auguste Rodin's The Thinker, when in fact Rodin's famous sculpture had not been cast and displayed publicly until after Affe mit Schädel made its debut at the Great Berlin Art Exhibition in 1893. 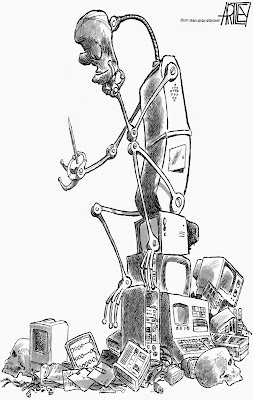 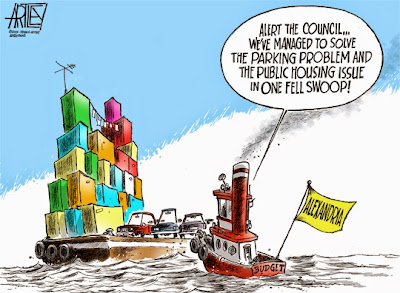 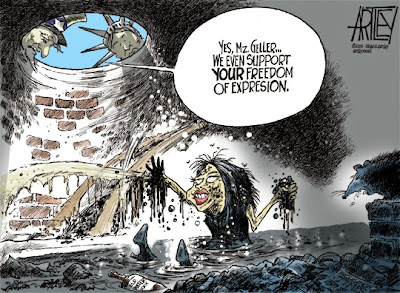 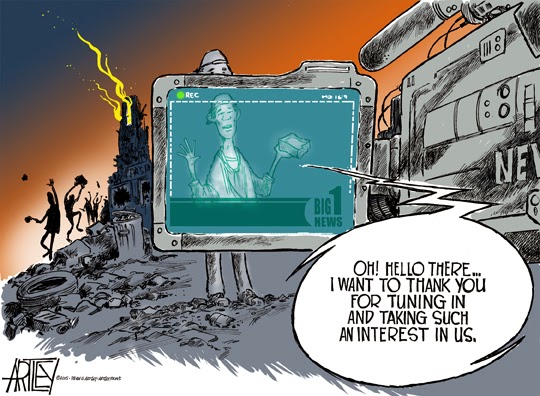