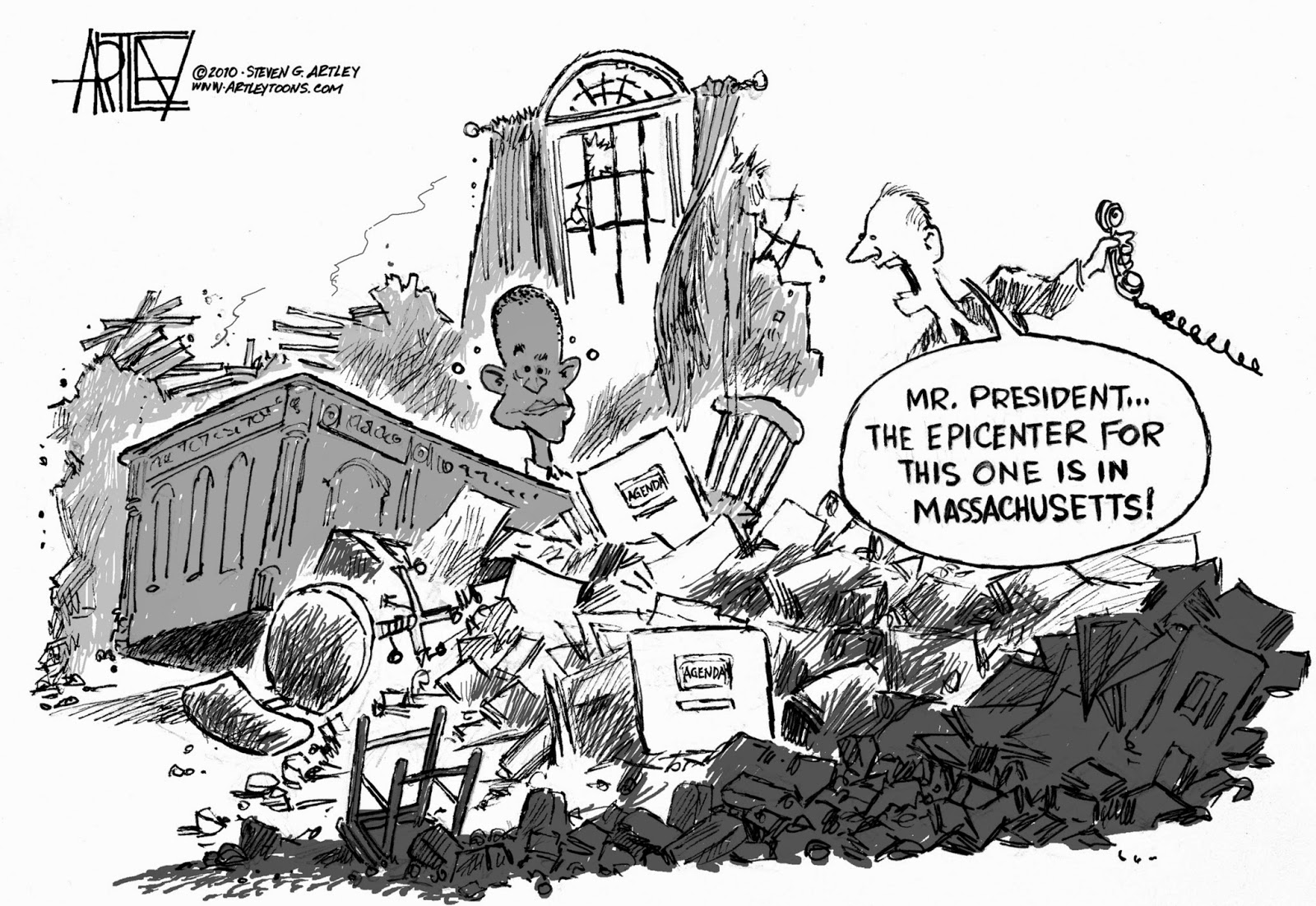 Through a special (and controversial) election, Ted Kennedy's Senate seat was filled by Republican Scott Brown. To add insult to injury, it happened on the 1st anniversary of President Obama's inauguration, from an electorate angered with the economy and Obama's healthcare reform. So, when around the same time, a small, barely detectible earth quake hit the Washington area, I thought it provided a humorous twist to the news.
No comments: