Cartoon: Boehner is Locked and 'Loaded for Healthcare' 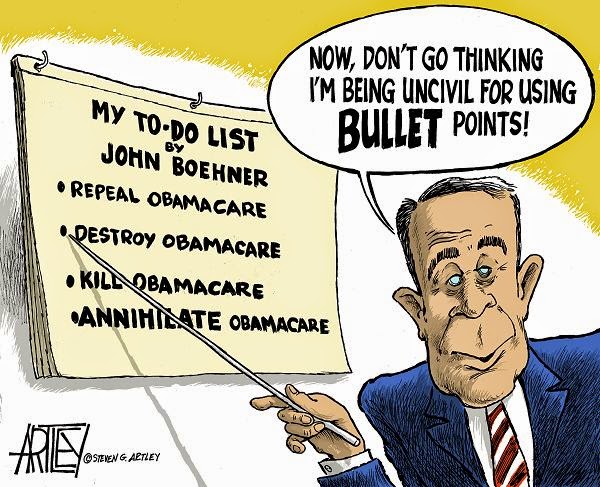 
This cartoon was from around the time that Sarah Palin was criticized for using what appeared to be weapon "crosshairs" in her literature targeting Democrats across the nation. Democra Gabrielle "Gabby" Giffords had just been brutally shot in Arizona, and Palin (among others) were accused of perhaps encouraging violence against Democrats by their bellicose rhetoric.
No comments:

Editorial Cartoon: 'Jared Got His Gun' 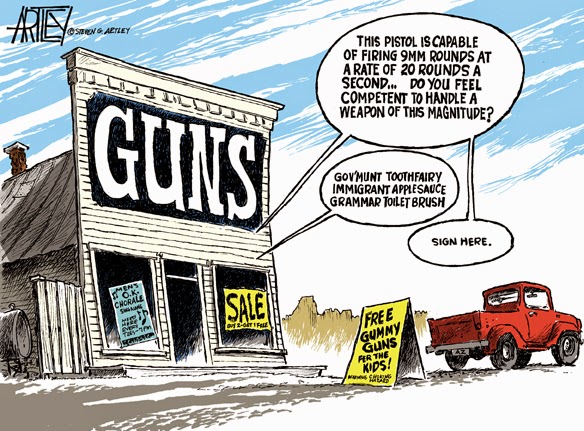 This cartoon was one of the last editorial cartoons to appear in the New York Times after they decided to no longer use work from other editorial cartoonists in the country. Up until then, the Times had a weekly roundup of editorial cartoons from across the country, often printing two or three in the offering. It was considered quite an honor to have been included. In this case, it was the only cartoon used that day. 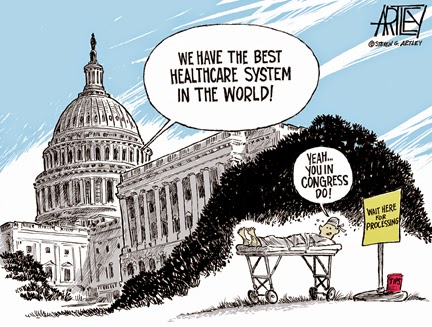 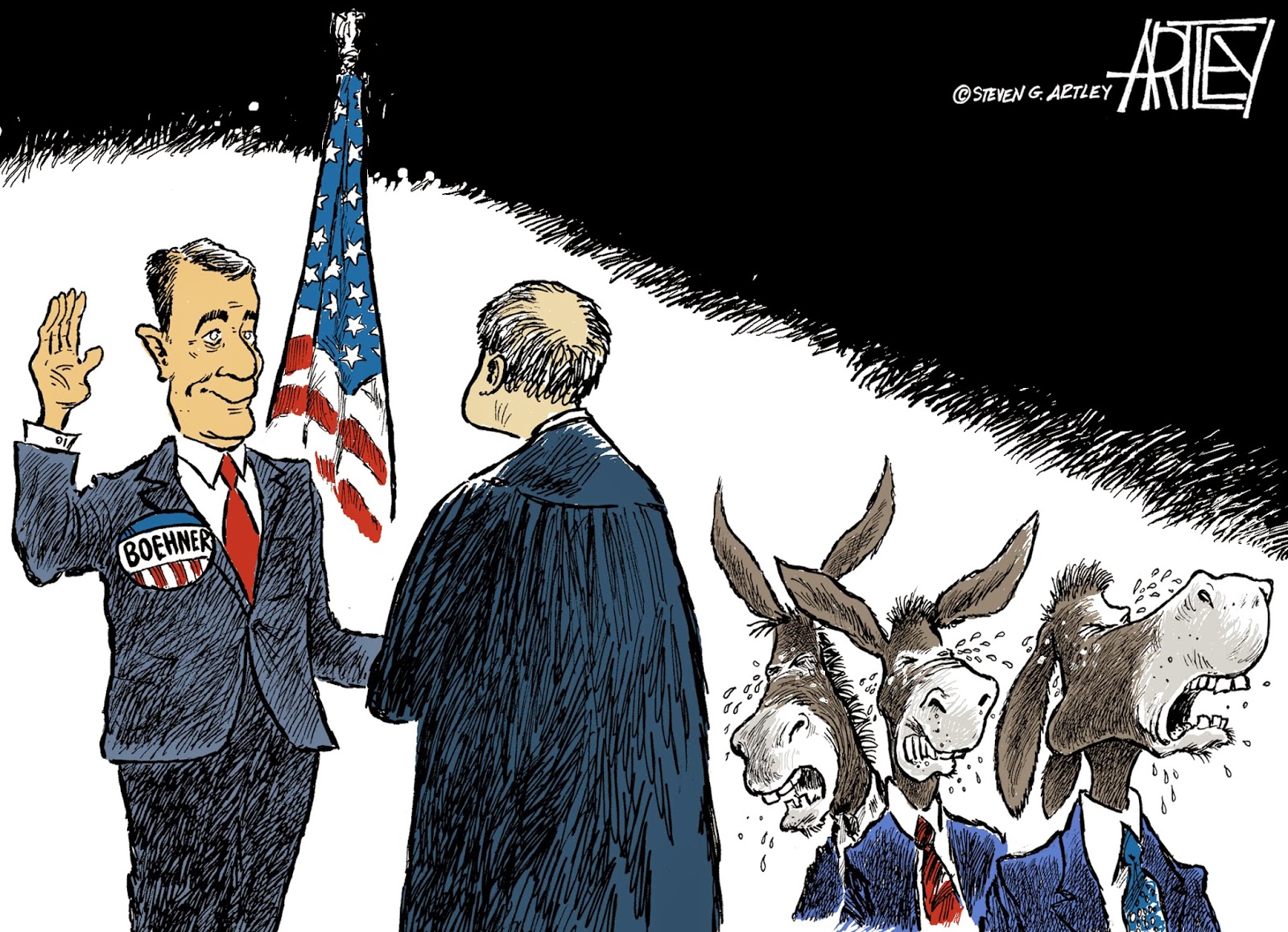