Magic Bullet is Washington, D.C.'s free comics newspaper published by D.C. Conspiracy, a comics' collective in the Capital region. Find it at area comic book shops, newsstands, bookstores, coffee shops and other places where intelligent people gather. For a list of places to get your copy, go to the Magic Bullet Locator.

"McDonnnell's Watch" appears in the Alexandria Gazette Packet and other Connection Newspapers that are distributed throughout northern Virginia. The cartoon addresses the recent indictment of ex-Governor Bob McDonnell on at least a dozen counts of fraud and conspiracy. Most famous among his illicit gifts was a pricey Rolex watch, personally engraved for the Governor.

Appearing in the current issue of the Alexandria Gazette Packet is my cartoon, "The Harder They Tumble." At what point do excessive security measures destroy our cherished freedoms?

Here is a peek at the cartoon appearing in the next issue of the Alexandria Gazette Packet addressing the recent indictment of ex-Governor Bob McDonnell on at least a dozen counts of fraud and conspiracy. Most famous among his illicit gifts was a pricey Rolex watch, personally engraved for the Governor.

Once the paper hits the streets, I'll post the entire cartoon on this site (click on image for larger view)

My recent cartoon addresses the recent United States Court of Appeals for the District of Columbia's decision virtually eliminating "Internet neutrality." I have included photos here to show the cartoon production process.
(click on images for a larger view) 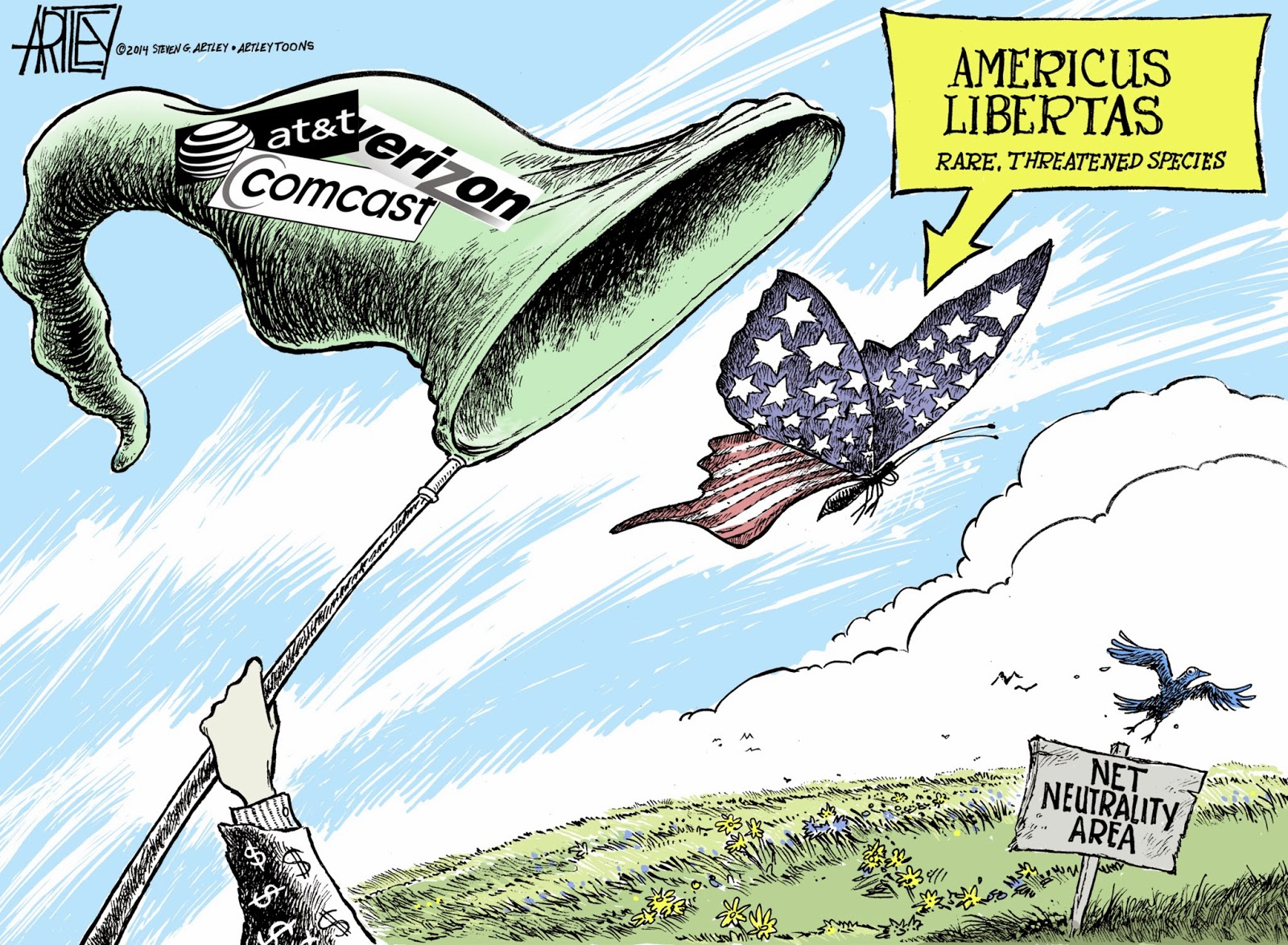 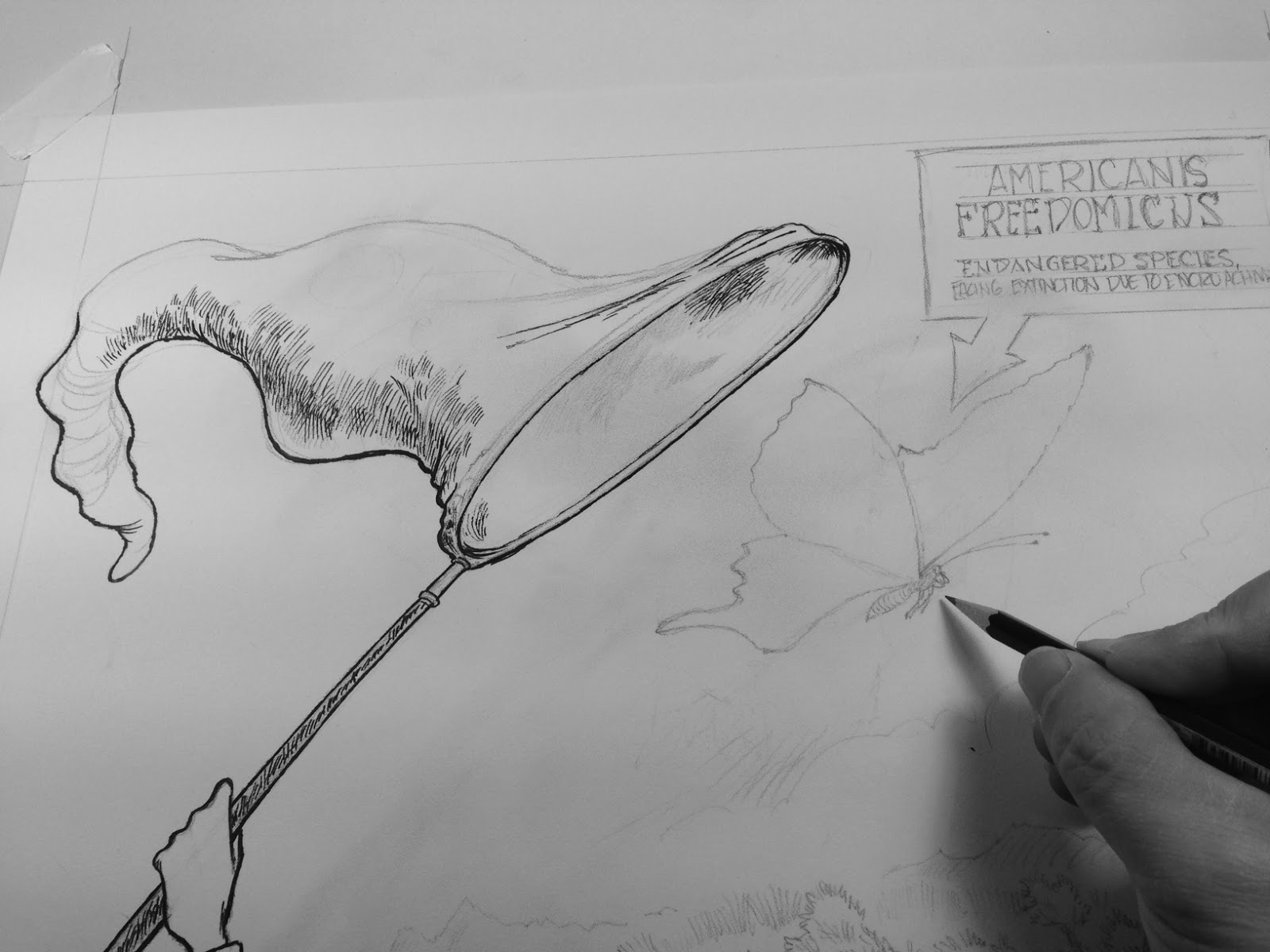 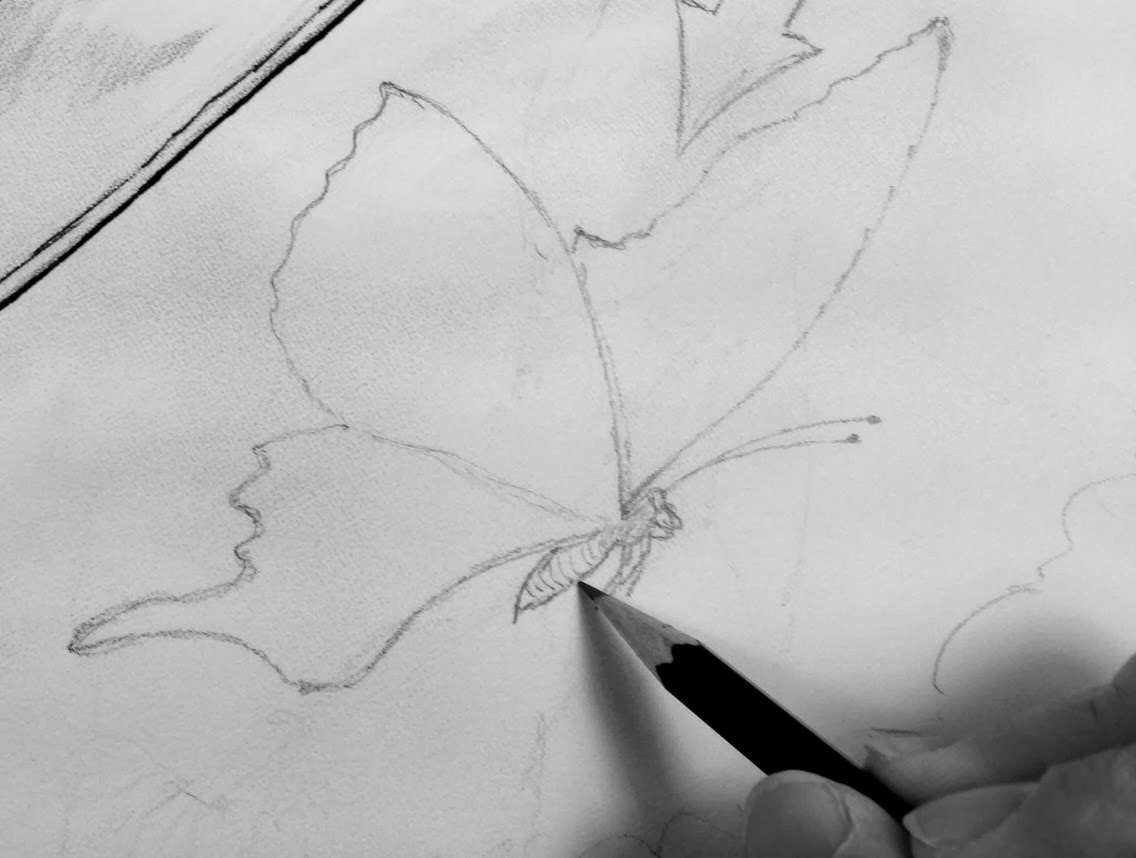 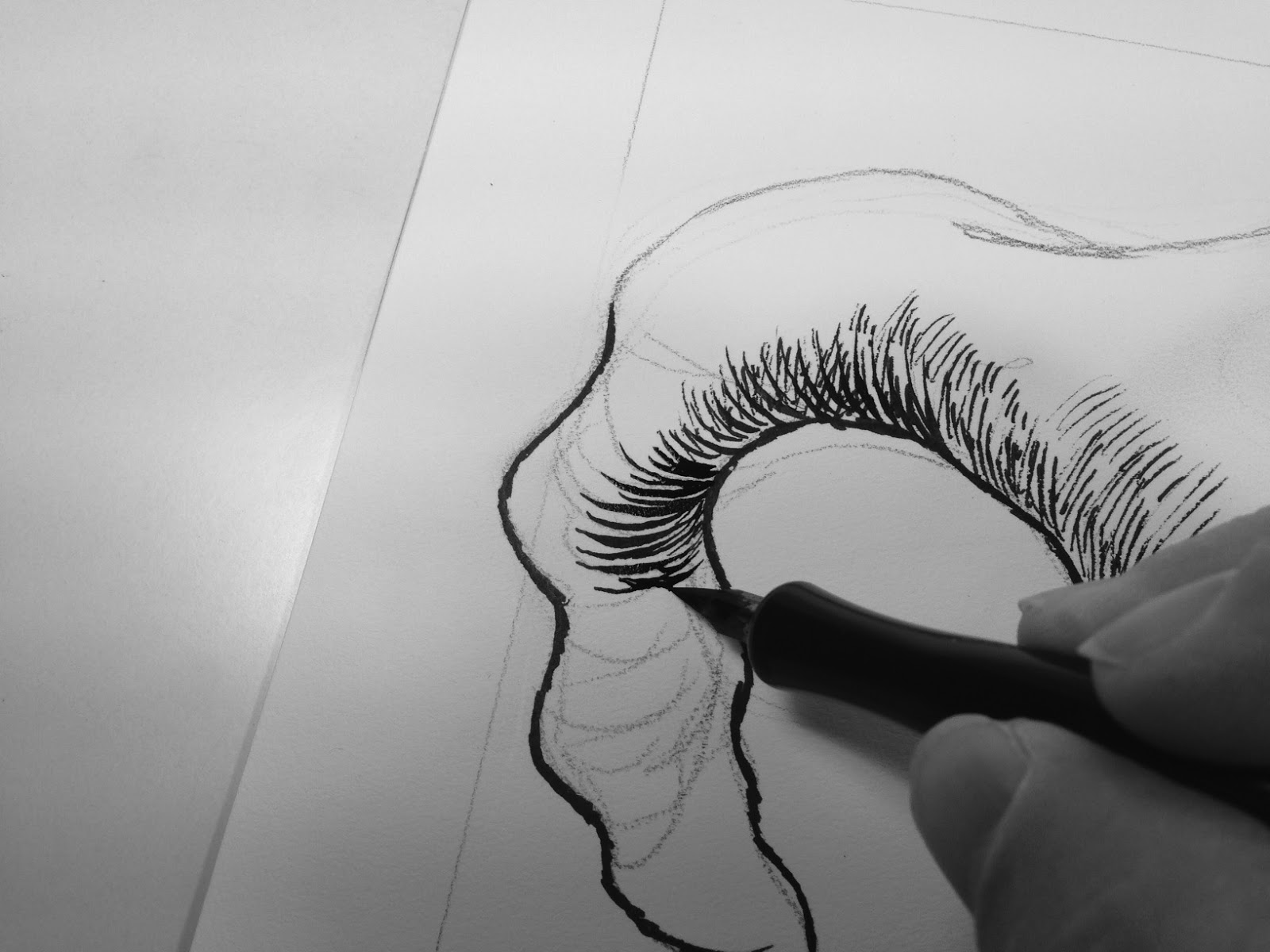 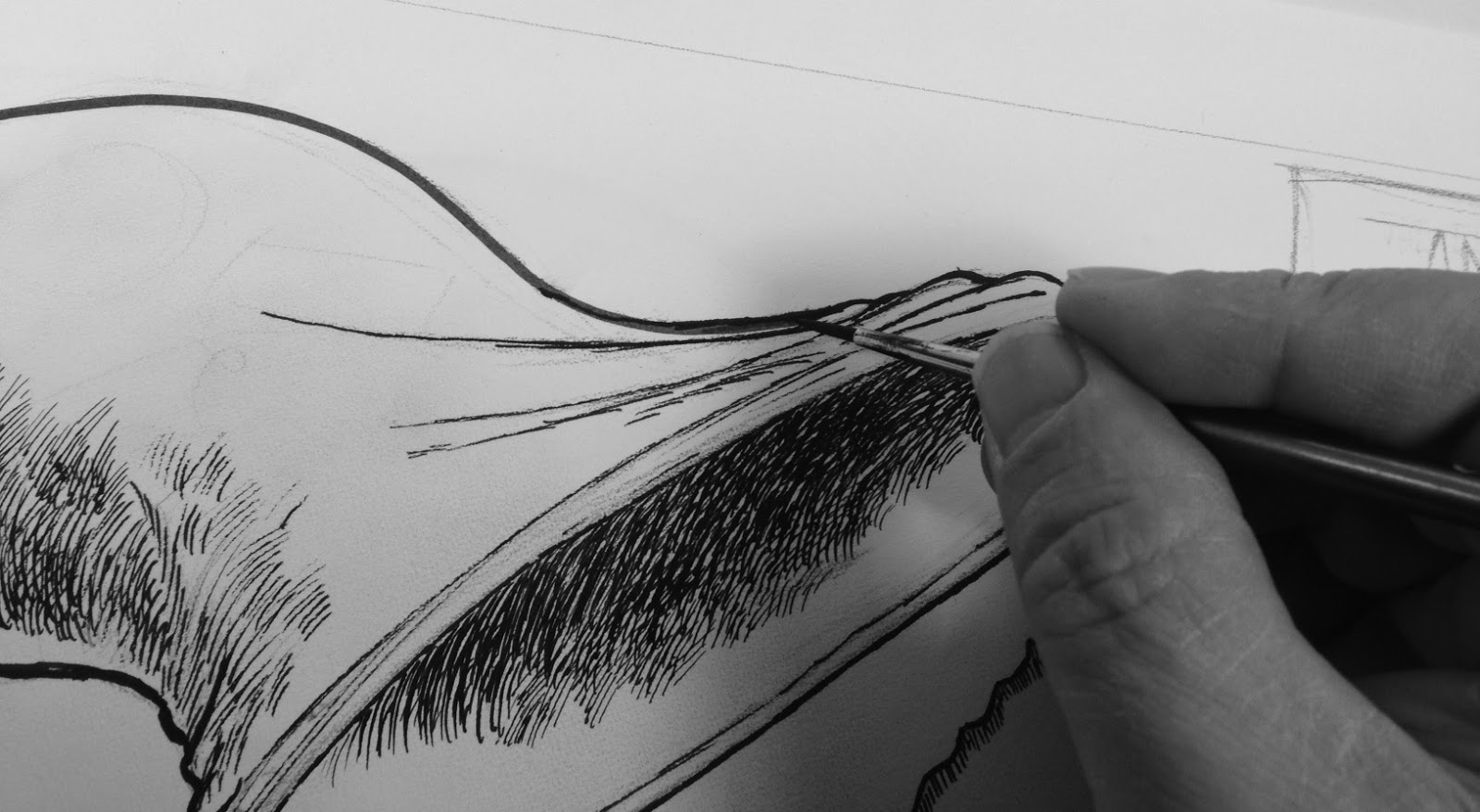 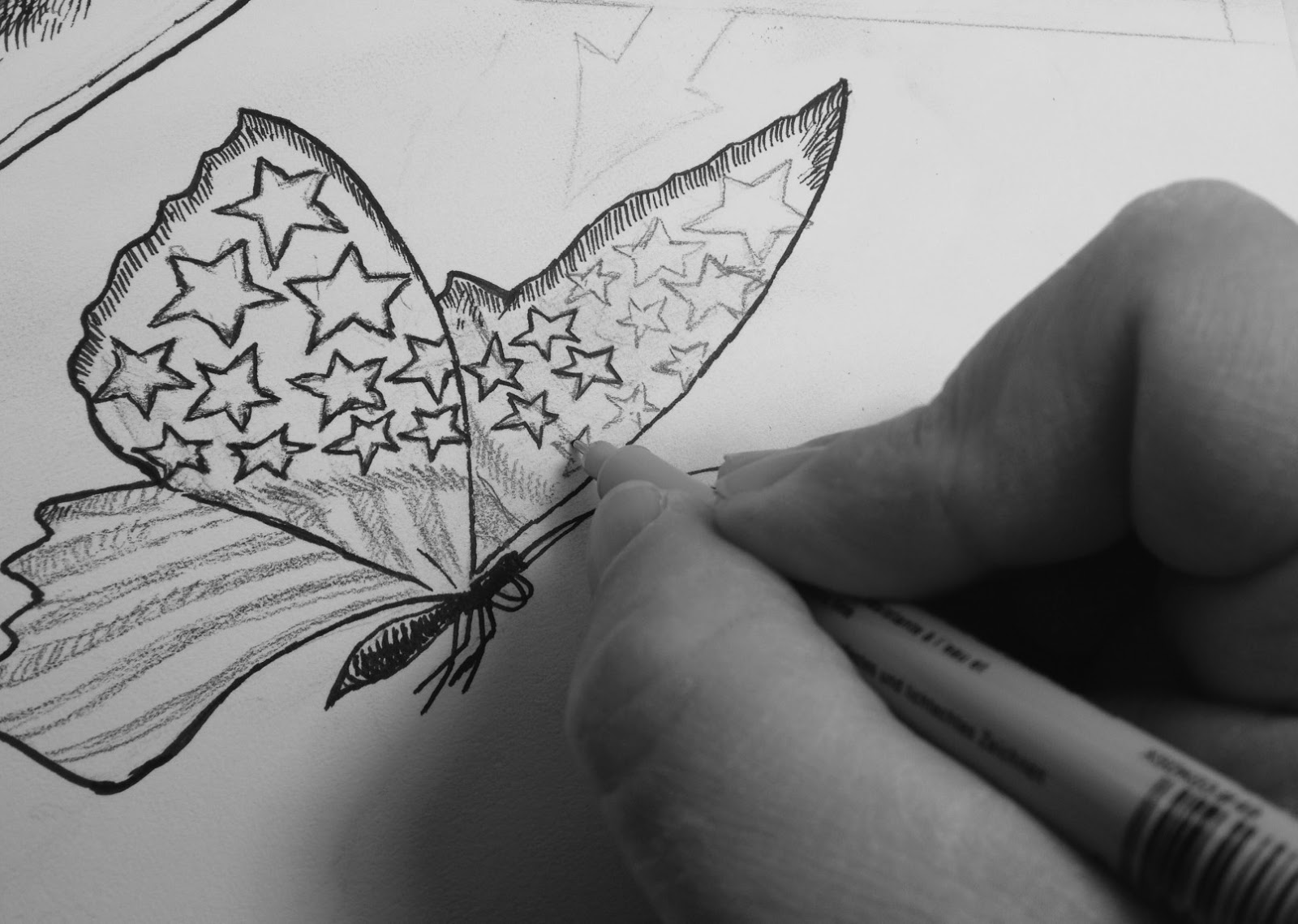 The pending King Street bike lane controversy in Alexandria has a lot of people hopping mad on both sides of the argument. Bike lanes have already been added to many of the city's main thoroughfares and bike parking racks have been installed throughout the city. Curbside bike rentals have been recently put up all over town, which — in some cases — crowd sidewalks for pedestrian traffic. Generally, the city has catered to the growing interest in cycling. As a cyclist myself, I am pleased to see a more bike-friendly environment.

However, some cyclists feel these measures do not go far enough. They now insist that the city add bike lanes to King Street. King is the main artery that feeds into the heart of Old Town from the west. It is already heavily congested with automobile, taxi, and bus traffic. Parking downtown is nearly impossible on weekdays, and even worse on weekends. So, banning parking on King St. to make room for bike lanes is not the answer. As much as I advocate reduction of motorized vehicle emissions and advocate the cycling lifestyle, in this particular case adding bike lanes to the equation would be disastrous. Cyclists can navigate the city via side streets, many of which already have established bike lanes. If anything, expand the bike lanes on these avenues, but not on King.

Thus, my cartoon commentary in this week's issue of the Alexandria Gazette Packet. I'm sure my rendering will raise the ire of many of my fellow cyclers. But, hey... the way I see it, unless you can take to the air, leave King Street as it is.


Let me add a postscript. Although my studio is in the heart of Old Town, I usually do not ride my bicycle to work. The return trip is all up hill and I don't feel confident my aged body could handle it on a daily basis. However, I rarely drive either. Most days, I take the bus.

My local cartoon on the proposed casino at National Harbor on the Maryland side of the Potomac, across from Alexandria. Unbridled predatory lending has already been a problem in northern Virginia. This cartoon suggests the practice will become even more pervasive after the casino opens.