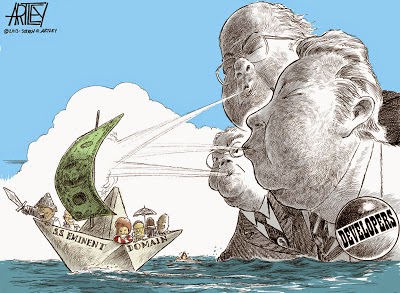 A large faction of public opinion opposes the direction Alexandria City Government is taking on waterfront development, in this local cartoon.
No comments:

Hear No Evil, See No Evil, but Yell to the Rooftops! 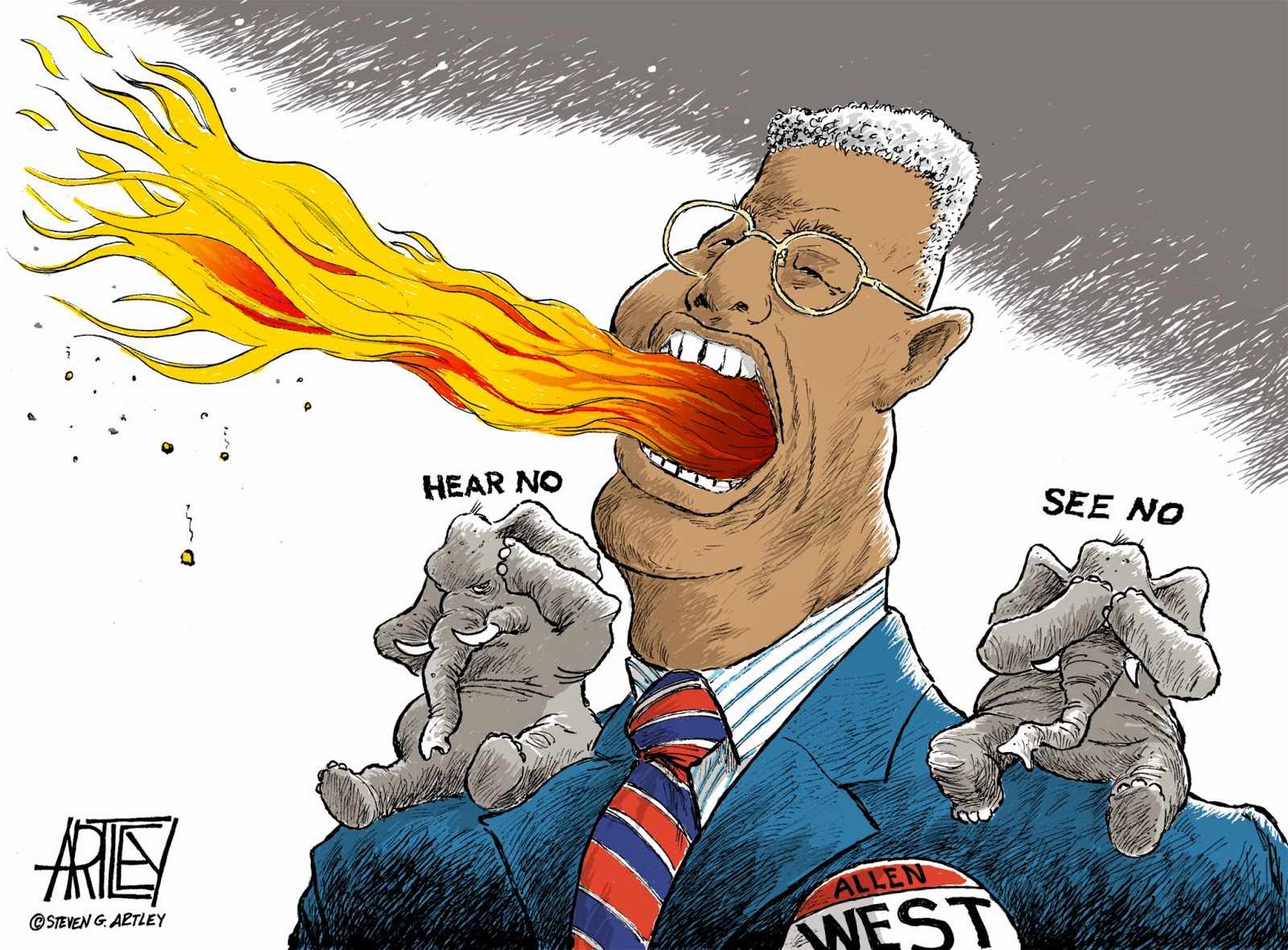 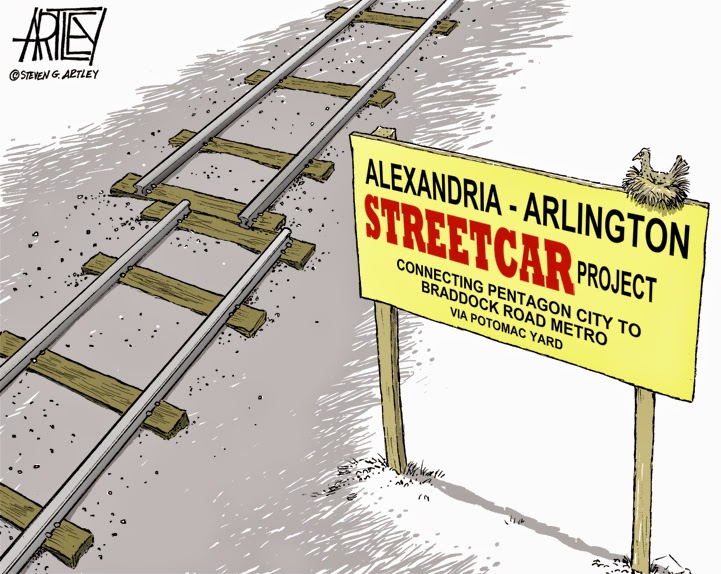 A local local issue cartoon, dealign with a planned streetcar project that would connect Alexandria to Arlington (VA), through a growing shopping and housing area known as Potomac Yard, bordering the two cities. The project has hit a snag, as the two cities' governments can't agree on methods and processes to accomplish the operation. The streetcar plan would significantly reduce traffic congestion along the corridor between the two cities that's increasingly being developed with housing, offices, shops, theaters, and restaurants.
No comments:

While going through my father's things, I found a letter from the famous (or infamous, however one may view him) Art Young to my grandmother, dated April 7, 1937. He and my grandmother were from the same small town of Monroe, Wisconsin and began corresponding in the 1930's. This letter is one of the first of the series. In it, he mentions my dad's early works. My grandmother had apparently sent sketches my father had done in high school. The letter was folded and tucked into a tattered copy of Art Young's Inferno, a parody of Dante's famous opus. An avid socialist, Mr. Young's book (consistent with many of his political renderings and commentaries) was a scathing commentary on the immoral aspects of unbridled capitalism, and the war machine. He was particularly critical of the military industrialists who garnered enormous wealth from World War I. Regardless of one's opinion regarding Mr. Young's politics, there is no denying the historical significance of the document. 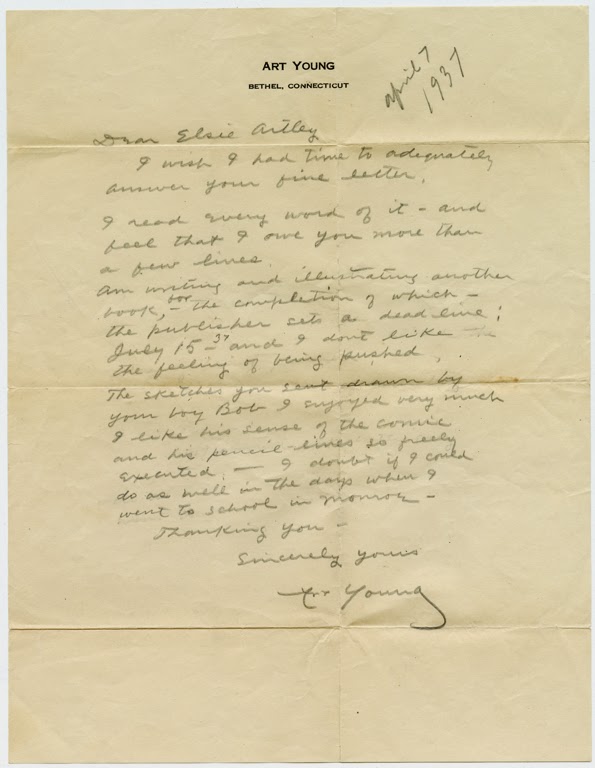 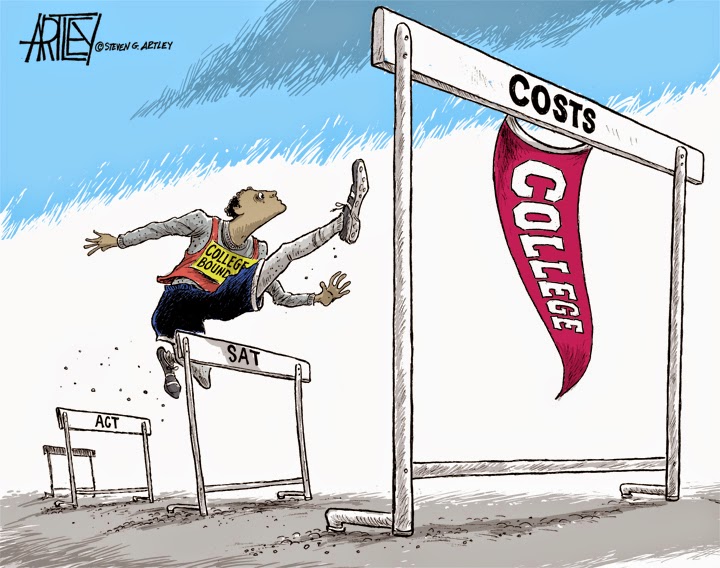 This cartoon was inspired by a local issue, but could carry nationally. Concerned with disparity between college bound minority and white high school students, Alexandria (VA) schools are considering offering intensive training courses on ACT and SAT testing, with special emphasis on attracting minority students. While these efforts are laudable, there are still a few obstacles facing all lower and middle income college bound students.
No comments: